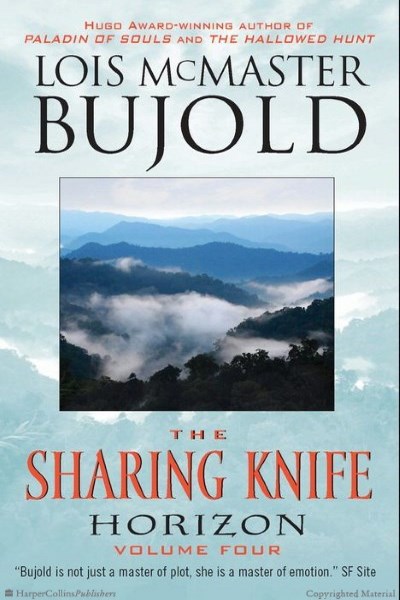 Horizon is the fourth and final book of Bujold's Sharing Knife series. In it, we find our heroes, Dag and Fawn Bluefield, returning north with the intention of settling a place of their own. Dag, already a veteran Lakewalker patroller, has become more than that now: medicine-maker, groundsetter, husband, father/brother figure, and all-around leader to a small conclave of Lakewalkers and farmers. Dag wants for simple things, but his life is anything but simple. As he and Fawn and a myriad of others travel north, they come face-to-face with Dag's worst nightmare: a malice that has grown unchecked and become very powerful as a result.

The Sharing Knife is, by it's very definition, about sacrifice. Dag sacrifices his usual way of life as a Lakewalker. Fawn sacrifices the stability of the life of a farmer to be with him. Others cross paths with Lakewalkers and farmers alike throughout the series and oftentimes come away missing something. A sharing knife itself is a medium of sacrifice, for it is imbued with the 'death' of a Lakewalker individual, and is the only weapon that can slay a malice.

Horizon is very much a continuation (and conclusion) of the series. The story itself comes full circle in more ways than one as Dag and Fawn return north and, in inadvertent fashion, complete the quest most dear to Dag's heart: to seal the rift between farmer and Lakewalker and unite them against the common threat of malice. Perhaps the best thing about Horizon is the way in which this happens. I won't give anything away, but suffice to say Dag spends much of the first three books planting seeds which only spring forth in this final volume.

I've said this before, but it bears mentioning again: the four books read as one. The style, the flow of the various plotlines; one can easily imagine Bujold having written the series in one long, continuous sitting. The writing is consistently excellent, with characters true to form and dialog spot on. This is not an action-packed thriller, yet Bujold has an excellent sense of moving the story along. I never felt like she was spinning me in circles or going down a path that had no relevance to the overall story. It's just great storytelling.

I'm giving Horizon and the overall Sharing Knife series 5 out of 5 rockets. It really is an enjoyable read, with interesting characters, hints of suspense in all the right places, and a world that is believable and engaging. The 'magic system' is fresh and original, and not overdone in any sense. I'd recommend picking up a copy and giving it a read. 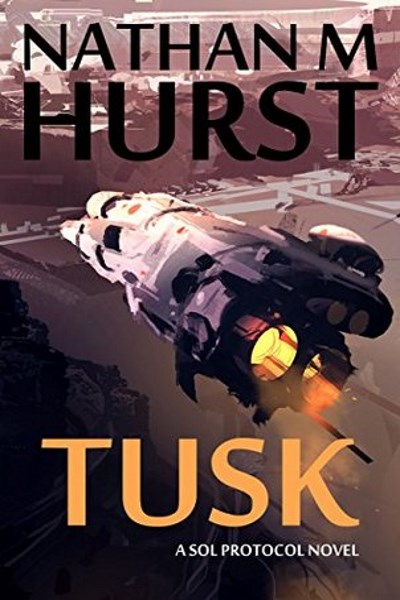