Penric and the Shaman by Lois McMaster Bujold

Penric and the Shaman by Lois McMaster Bujold is the second novella in the Penric and Desdemona series featuring the symbiotic pair of the same name. In Bujold’s world, demons are ethereal creatures, unable to remain stable in our world without a host to serve as a sort of anchor. Penric and Desdemona found themselves joined together after circumstances brought them together in the first book in the series, Penric’s Demon, which I reviewed not too long ago. At the end of the first book, Penric found himself enrolled in sorcerer’s school. This second book skips over all of that, taking place some four years later. This is actually good since, let’s face it, apprentices learning to become full-fledged sorcerers has been done a few times already.

In the service of a princess, Penric, now a sorcerer—albeit a young one whose stature was gotten more from Desdemona’s vast experience more so than his own—is asked to accompany a Locator, a person who can detect the presence of magic. Together the two are charged with hunting down a renegade shaman wanted for murder.

It’s a fairly interesting plot to which we’re introduced via Bujold’s always inviting style of writing. Bujold doesn’t waste a lot of time with exposition or flowery wording; you’re going to get lots of good storytelling and a plot that moves along at a steady pace. I’ll admit to some favoritism; Bujold’s Sharing Knife series remains one of my all-time favorite fantasy series. But, back to Penric and the Shaman, as one might expect, things are not as simple as tracking down a shaman wanted for murder. Penric will have plenty of opportunities to test his sorcery while attempting to find a balance between justice and levity.

I’m giving Penric and the Shaman three rockets because it’s a solid story with a few twists, but doesn’t go as deep as I would have liked due to its relatively short length (about 160 pages). Still, it’s a good addition to the series and I’ve already started reading the next book in the series, Penric’s Fox.

Purchase "Penric and the Shaman by Lois McMaster Bujold" 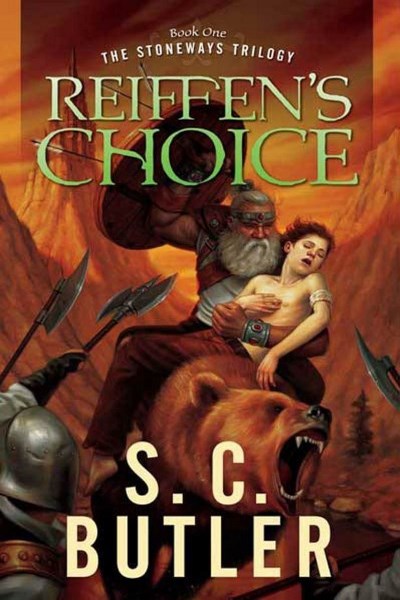