A Keeper’s Tale by JA Andrews 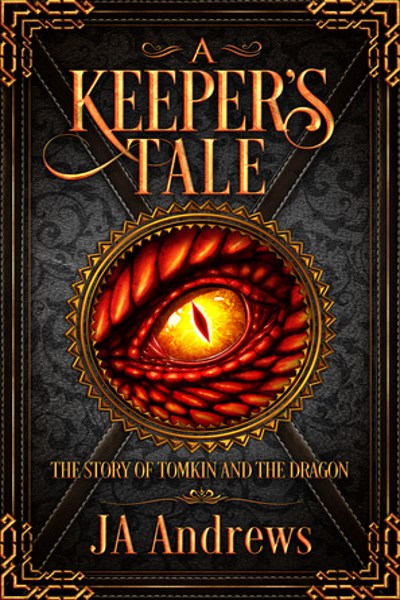 A Keeper’s Tale: The Story of Tomkin and the Dragon by JA Andrews begins in a tavern whose atmosphere harkens back to the The Inn of the Last Home of Dragonlance fame. Both stories involve dragons, so perhaps this is fitting. In any case, a homey tavern is the perfect setting for the fireside tale that is begun by a visiting Keeper when Lulu, young and full of wonder, asks him to tell them all a story. That story, as the title of the book suggests, involves a man named Tomkin Thornhewn and a dragon that we soon learn is actively terrorizing the countryside.

As the youngest son of the Duke of Marshwell, Tomkin stands in the shadow of his older brother. This isn’t necessarily a bad thing; Tomkin’s brother, Elton, is best suited to the role of dashing hero while Tomkin is made for running the family’s holdings. But when Elton is called away on hero’s business, Tomkin is the only one remaining who can respond to the danger posed by a dragon taken residence in the ruins of a nearby keep.

Tomkin considers waiting and letting his brother handle the situation upon his return, but he also can’t stand by while the people of his duchy have their property destroyed and their lives taken by the dragon, so he sets out to resolve the situation on his own. Tomkin makes an excellent reluctant hero and he seems likable enough on the surface. There’s only one problem: he’s not as likable as I would have wanted considering he’s the main character. The same can be said for the other characters in the story, though there are few enough of them. Mags is the proverbial damsel trapped in the dragon’s tower, though we come to find out she is not truly a prisoner, and there’s Wink, a kobold with some extraordinary abilities. Like Tomkin, I started out liking Mags, but her shallowness pushed me away the further I went with her. Wink is an interesting enough fellow, but he’s there as a supporting character, at best, so we never really spend much time with him.

A Keeper’s Tale is fairly short on purpose, I think, lending to the fairy tale aspect of the story. The writing is decent enough and the story, somewhat predictable. I’ll admit I didn’t know where the author was going with the dragon. Is he truly an enemy or is he simply looking for somewhere to lair in relative peace (stolen sheep notwithstanding)? The ending is satisfying enough, at least for Lulu since she gets her Keeper’s Tale.

I’m giving A Keeper’s Tale two rockets. As per my review policy, something rated two rockets isn’t going to blow you away, but it’s entertaining and so might be worth your time for that reason alone. I liked the story well enough, but it's not something I'd revisit. 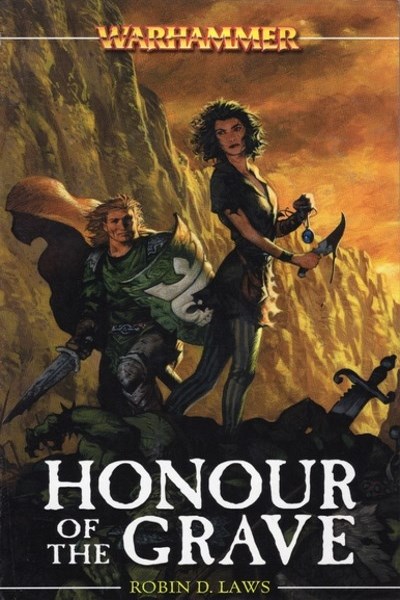 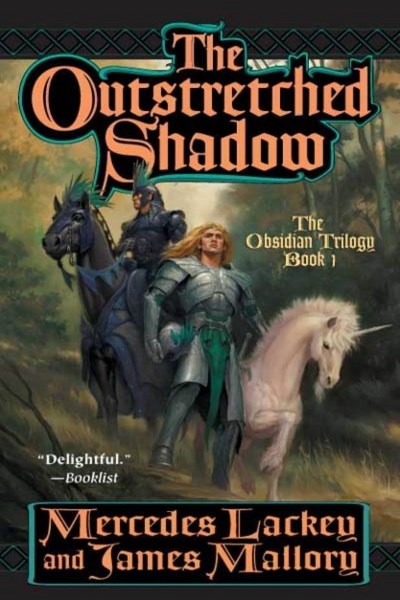