The third novel in Nicholas Sansbury Smith’s Hell Divers series, Hells Divers III: Deliverance, picks up about where the second book, Ghosts, ended. Commander Michael “Tin” Everhart and his small complement of hell divers have taken flight onboard the Deliverance, a new type of airship not seen in hundreds of years. But their mission is not to return with their prize to the Hive, but to find and save Commander Xavier Rodriguez, whose final transmissions from the surface lead them to what was once Florida. Captain Leon Jordan of the Hive, who also knows about Commander Rodriguez’s transmissions but who chose to keep them a secret from his crew, sets out on a similar mission. The only difference is that he intends to kill Rodriguez once and for all along with Everhart and everyone with him, then seize the Deliverance for himself.

I gave the previous two novels in the series four rockets each simply because the writing style is no-nonsense, easy to digest, and keeps things moving along so fast that you can easily plow through each novel in a matter of a few days if you so choose. If you’re looking for something that is just pure fun without anything too deep or thoughtful, then look no further than this series. Those qualities, however, can only entice this reader for so long before they begin to wear out their welcome. It is for that reason that I’m giving Deliverance only three rockets. It’s still a fun, riveting, easy read, but I’m growing tired of the shallow writing style, lack of character development, and just overall story development, or lack thereof. We do get to see a glimmer of something beyond the airships that humanity has chosen to use to survive, but it is just that: a glimmer and nothing more in the form of a group of humans who survive by sailing the open seas. I would have really liked to have learned more about these people, but their involvement is fairly minor in the grand scheme of this novel.

I will say this about Deliverance: it brings to a close a particular storyline about a crazy, narcissist captain hell bent on ruining the lives of everyone around him. This was a somewhat overdue conclusion to a story thread that was rapidly losing my interest (and trying my patience).

I look at Deliverance as a bridge between the original storylines and the next major challenge for our heroes. I’ve already got Hell Divers IV: Wolves locked and loaded on my Kindle, so I’m eager to dive in and see what the author has lined up for Commanders Rodriguez and Everhart and their crews. I’m not expecting anything deeper than what I’ve already seen, but I do expect to get more than just a glimpse at this new, mysterious group of humans that have not only survived but perhaps even thrived in the open seas. 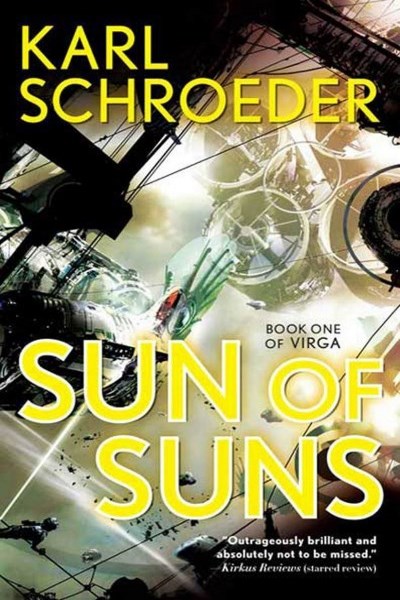