Bright of the Sky by Kay Kenyon 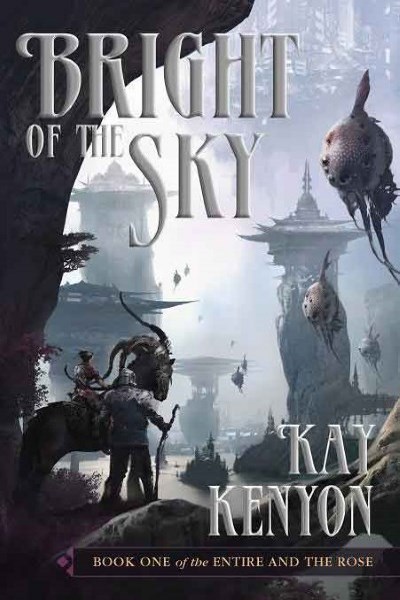 Bright of the Sky by Kay Kenyon is the first book in The Entire and the Rose series. Subsequent novels include A World Too Near, City Without End, and Prince of Storms

The novel is a blend of science fiction and fantasy, the latter coming into play because the technology is so far advanced that it might as well be magic. The setting is reminiscent of such series as The Chronicles of Narnia or the Thomas Covenant Chronicles

, both of which feature characters who travel from our world into one that is both wonderful and strange. What Kenyon does, however, borders on brilliant: instead of journeying with the main character into this other world for the very first time, we quickly learn that our main character, Titus Quinn, has already been there. This sets things up in an entirely different way than if he's just come into the Entire (the name for this otherworldly dimension). The catch is that he doesn't remember much about his previous stay, and only once he's back and immersed in the Entire's strange culture do bits and pieces return to him. As readers, everything is new. But with Titus as our guide, we're able to skip over some of the minutia and get right into the good stuff. That's the brilliance of Kenyon's approach.

The only thing that Titus does remember for sure is that he didn't enter the Entire alone: with him were his wife and daughter. They did not return with him, though, and so Titus spends much of his time trying to convince others back in his own world that he isn't crazy, that there is another world or dimension that he somehow traveled to, and that his wife and daughter are still there. The opportunity to return final presents itself when your somewhat atypical greedy corporation steps in offering to send Titus back in exchange for his performing some reconnaissance for them. It seems space-time works differently in the Entire, and they think it can be used to speed up interstellar travel. Titus agrees, and off he goes.

The Entire is an odd place based loosely on feudal Chinese society. Ruled by the Mantis Lords, or Tarig, there are humans and many others races there, but all are kept in a sort of subjugation by the Tarig, who are the creators of the Bright, an energy source that makes the Entire possible. Our world is called the Rose, because while those of the Entire view it as a thing of beauty, they also have seen its thorns. Interaction with the Rose is forbidden, and punishable by death, as is aiding someone like Titus who's come from there. Titus does find allies, though, those who are tired of the Tarig yoke. HIs journey becomes one of deception and subterfuge as he avoids detection at all costs while trying to determine the fate of his wife and daughter.

Titus comes across initially as a bit of a bitter kook. He was ridiculed and discredited upon his return to our world, so he chooses to live a life of solitude until given the chance to return to the Entire. He is ruled by guilt over leaving his family behind, though, and so he desperately wants to return. This desperation sets him up ultimately as a sympathetic character whom I wanted to succeed. As the story unfolds and Titus's memories return to him, the fate of his family is both sad and bittersweet. Ultimately, what begins as a sort of rescue mission for Titus becomes something else entirely as old enemies emerge and secrets are revealed. Suffice to say that Kenyon resolves some threads while leaving others spinning on the loom for the next two books in the series.

I give Bright of the Sky a solid four rockets and I plan to continue with the series.

Purchase "Bright of the Sky by Kay Kenyon" 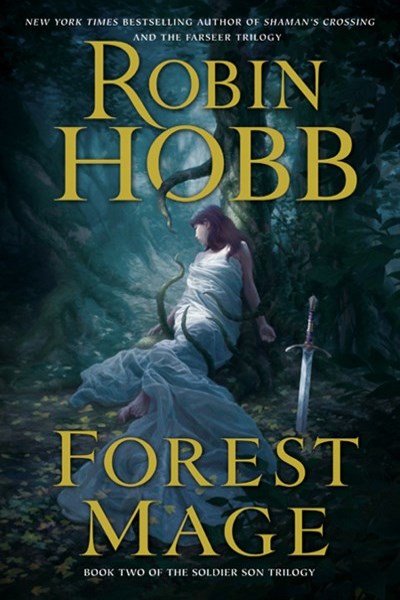 Sky of Swords
by Dave Duncan

A fun read with an ending that didn't quite satisfy. However, Duncan delights anyway with a likeable...